You’re going to love this make ahead chicken and spinach penne Alfredo. It is perfect for giving a friend who is moving, expecting, adopting, or going through a difficult season. It is an all in one meal that packs a flavourful punch.

I know the pictures don’t make it look like the prettiest dish ever. It’s not. But it is loaded with flavour and it is an easy meal that will soon become a family staple. The combination of the pesto and Alfredo create a unique taste. Give it a try!

Before assembling this freezer meal, cook and cube the chicken. I prepare many freezer meals at one time, so I find that the fastest way to cook large amounts of chicken breasts is to place them in a single layer on a baking sheet and cook them in the oven. Once they are cooked, I cube them. If you’re only making the chicken for this one recipe, you can instead cube the raw chicken and cook it in a skillet in a bit of oil on medium-high heat.

Bring a large pot of water to a boil and add pasta. Cook for 1 minute less than the box directions call for. This is because you want the pasta slightly undercooked so that it doesn’t become mushy after freezing and reheating. Drain the pasta.

In a skillet on the stovetop, heat the olive oil. Add the spinach and saute until wilted. Mix the Alfredo sauce, pesto, and garlic into the drained pasta.

Add the cooked, cubed chicken, pasta mixture and spinach to a large resealable freezer bag. Remove the extra air and seal before freezing. 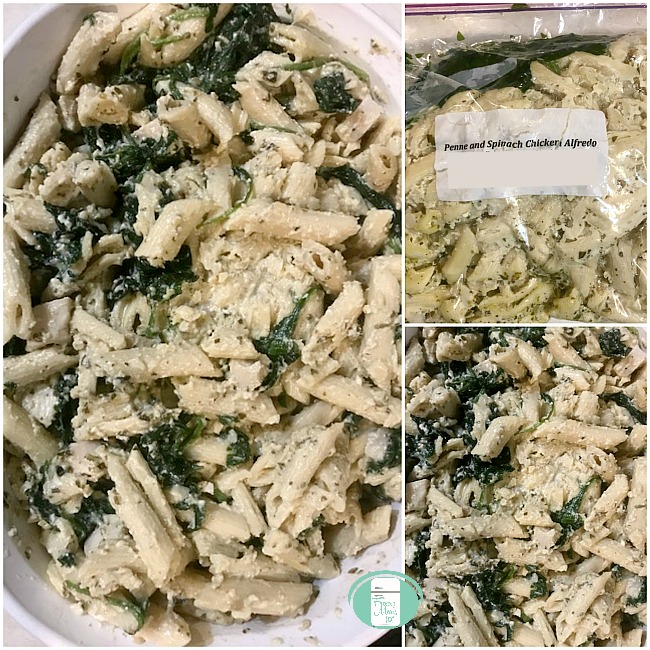 On the day of cooking, thaw the bag before placing its contents into a greased 9×13 baking dish. Bake, covered in a preheated 350° oven for 45 minutes.

The chicken and spinach penne Alfredo has everything you need for a complete meal so you can serve it on its own or pair it with a salad and some bread.

Check out these other great casserole style freezer meals: 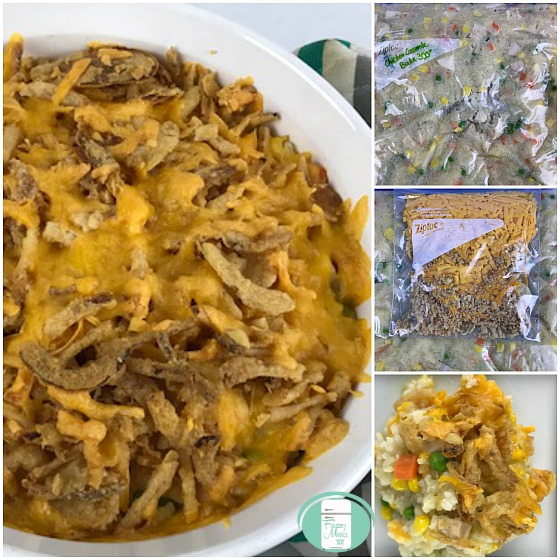 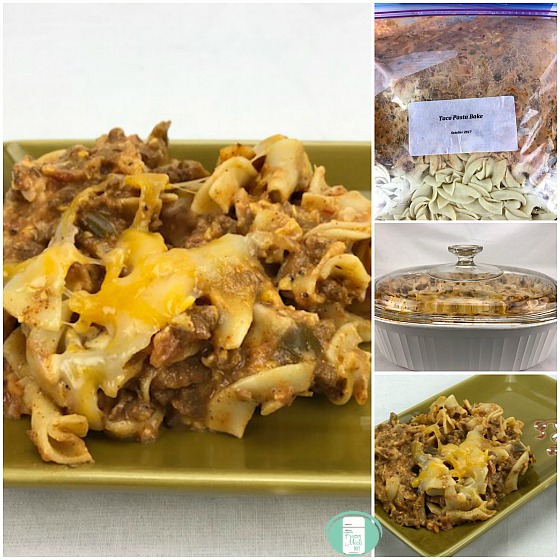 Sign up for your free guide to Freezer Meal Success.

Success! Now check your email to confirm your subscription.